Deeper than the Pharisees

Dean Inserra, Lead Pastor of City Church in Tallahassee, FL wrote a really great piece over the summer on Christian maturity. He begins by writing,

The concept of “deep” has become increasingly fascinating to me as a pastor. What does it really mean to go deeper in our faith? I hear people often claim they want it, but seldom seem to actually define it. What exactly is the “it,” I’m even talking about?

I started to scratch my head about what constitutes depth, maturity, and growing as a Christian while at a small luncheon for church leaders hosted by pastor and author John Ortberg in Chicago. During the program, Ortberg had a white board on stage on which he wrote the number one, drew a line across the board from one, and then drew the number ten at the opposite end of the line. He told us that the number one on his scale represented immature Christians, and the ten represented mature Christians. Our instruction was to list the things to him that would classify as “mature” and would be close to the ten on his scale.

People from the audience started blurting out answers, and they were the things that I was thinking (but not speaking because of the post-lunch cookie I’d been enjoying), things like “Read your Bible,” “Pray,” “Volunteer at the church,” and “Go to Bible studies.” Ortberg wrote all those things next to the number ten, and then made an observation that made me cough that cookie almost across the room.

“Wow, the way you guys define maturity allows to Pharisees to be tens and win.”

I needed some water. Smart Water preferred because I had a whole lot of thinking to do.

Ortberg then asked, “When it comes to loving people and being engaged in mission, where do the Pharisees rank on a scale from 1 to 10?” He drew a thick circle around the number 1 before posing another question: “Could it be that we need some different criteria for deciding what we think a deep and mature Christian looks like?”

He goes on to explore what that different criteria might look like and I think he’s on to something. You can read the whole article here. 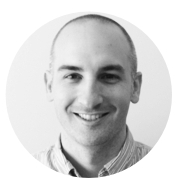